Self-determination is one of the important codes of ethics in the field of social work profession. Although it became a common knowledge, it has taken me almost three years to accept a little bit of the concept (If I may say so). The reason why it is hard to be accepted is power inequality and cultural differences. Social workers have been taught that we are professionals in helping people; we have commitment to our clients; we work with them and also have an equal position with them.
However, power differentia between social workers and clients is everywhere in practice work, especially when a practitioner has the right to decide who deserve the limited sources (That might be called need assessment.), or when an institution take away a welfare service from a client who may has difficulty in changing his/her life style or not qualify to the institution’s expectation. Unlike other professions such as psychological therapy and consulting, the service users in the social welfare system have less power to reject to cooperate with their social works.
Nevertheless, Americans’ value has a great influence on ’s social work profession. According to Popple & Leighninger (2000), individualism is a common belief among American’s society. As a result, taking responsibilities for ourselves has been taken for granted. However, when the notion of self-determination was introduced to a family-based society, it has become difficult to keep balance. Actually, I do believe in the values of human beings. And also, I believe that individuals have the right to decide what kind of person they want to be. On the other hand, as a social worker who is responsible to both individuals and the society, I would rather be more aware of power abuse to clients and cultural differences than focus on the value of self-determination. Especially, when the clients’ decision-making differs from mine, I will respect that and be willing to discuss my viewpoint with them. Again, there might be an issue of power differential. It is really hard to say whether social workers have the right, obligation or responsibility to offer our own opinions. I think it depends on what and how the professional relationship is between the worker and client. 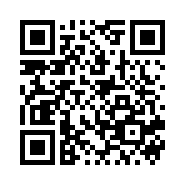